Important Message from the NASL

Please click here for a summary of the provisions of interest to NASL members. 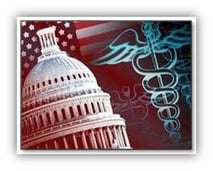 H.R. 4302 was considered by the House under suspension on March 27.  It will now be sent to the President for his signature. CMS announced March 28 that it plans to hold claims affected by the flawed Medicare physician payment formula for 10 business days if a patch or fix is not passed to avoid the Sustainable Growth Rate cuts by midnight Monday. The agency says it has instructed the Medicare Administrative Contractors to hold claims paid under the physician fee schedule through April 14.