As part of its mandate from the Congress, each June the Medicare Payment Advisory Commission (MedPAC) reports on issues affecting the Medicare program as well as broader changes in health care delivery and the market for health services.  On June 13, 2014 MedPAC released its June 2014 Report to the Congress:  Medicare and the Health Care Delivery System.  The report focuses on how to improve the Medicare payment system issues, and considers: synchronizing Medicare policy across payment models (fee-for-service, Medicare Advantage plans and accountable care organizations); improving risk adjustment in the Medicare program; measuring quality of care in Medicare; financial assistance for low-income Medicare beneficiaries; per beneficiary payment for primary care; site-neutral payments in post-acute care settings, and measuring the effects of medication adherence for the Medicare population.

In Chapter 6 of the report, the commission focuses on site-neutral payments for inpatient rehabilitation facilities (IRFs) and skilled nursing facilities (SNFs), which are paid under separate payment systems.  MedPAC is not offering recommendations to Congress yet on this topic, but continues to provide an analysis of the Commission’s position that “the Medicare program should not pay substantially different prices for the same service of for treating similar patients.  Instead, prices should be based on the lower cost setting when the patients appear to be similar and where evidence exists, quality and outcomes appear to be similar.”  In previous reports the Commission has recommended site-neutral payments for select patients across long-term care hospitals and acute-care hospitals, and in free standing offices and the hospital outpatient department.

According to MedPAC’s analysis, payments for similar patients with the same condition can differ considerably between the two payment systems.  MedPAC assessed the feasibility of paying IRFs the same rates as SNFs for three conditions frequently treated in both settings – patients receiving rehabilitation therapy after a stroke, major joint replacement, and other hip and femur procedures (including hip fracture).  MedPAC found that patients and outcomes for orthopedic conditions were similar and represent a strong starting point for a site-neutral policy, and the Medicare program could achieve considerable savings if IRFs were paid under current SNF policy for the two conditions.  Patients receiving rehabilitation care after a stroke were more variable, and they conclude that additional work needs to be done to more narrowly define those cases that could be subject to a site-neutral policy and those that could be excluded from it.

If payments for select conditions were the same for IRFs and SNFs, the Commission believes that the Centers for Medicare and Medicaid Services (CMS) should evaluate waiving certain regulations, such as requirements for patients being able to tolerate and benefit from an intensive therapy program (often demonstrated by furnishing three hours of therapy a day) and receive frequent physician supervision (often satisfied by physician face-to-face visits at least three days a week).  Waiving certain IRF regulations would allow IRFs the flexibility function more like SNFs when treating those cases – which also reinforces the Commission’s concern that some of the definitions of cases meeting the IRF “60 percent rule” threshold requirements are too broad.

During a June 18th hearing before the House Ways and Means Health Subcommittee, MedPAC Executive Director, Mark Miller, responded to a question from Rep. Tom Price (R-GA), and emphasized that CMS has not provided formal feedback to the Commission’s site neutral analysis.  However, Mr. Miller believes CMS is very much aware of these site-neutral issues. 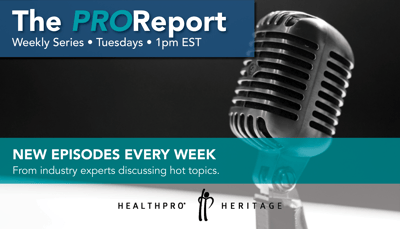